Magnolia – It’s Everything and So Much More

Magnolia – It’s Everything and So Much More

I recently had the opportunity to travel to Waco, Texas. When my husband John said he had a conference in Austin, but we would fly to Dallas then drive to Austin, the light bulb went off! I immediately got out my phone, went to Google maps, and YES, you drive right through WACO! I was so excited! Magnolia Farms, Fixer Upper, Table, Chip and Joanna Gaines, I am on my way!

The day came, up at 2:30 am  for an early morning flight out of Pittsburgh to Dallas. I didn’t care because I was going to Waco!
We arrived in Dallas and went to rent a car but all they had was a pick up truck, Hmmm, oh well we are in Texas.

It was a smooth drive to Waco from Dallas in the truck, only one and a half hours. I heard the Magnolia Warehouse Shop was open so we went there first. Apparently it is not always open. It was on Bosque Blvd. where I think Chip and Joanna first started their business. It was small but had several items on sale. It wasn’t to crowded which I was surprised because it was a Saturday but it was early. I purchased a few things, one a large Magnolia flower which I thought was appropriate. Not sure how I was going to get it home but oh well, I had to have it. 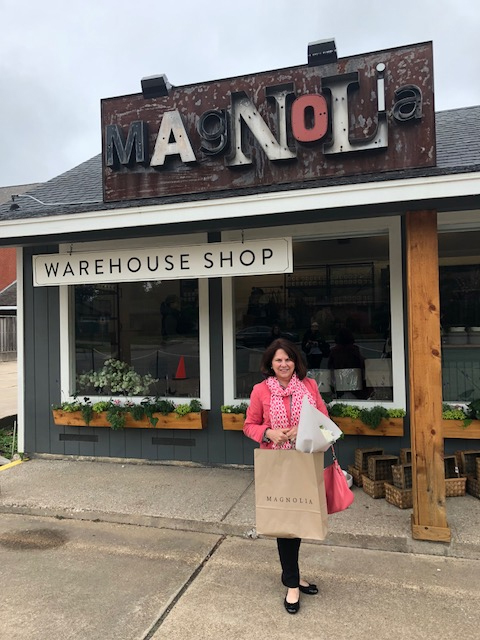 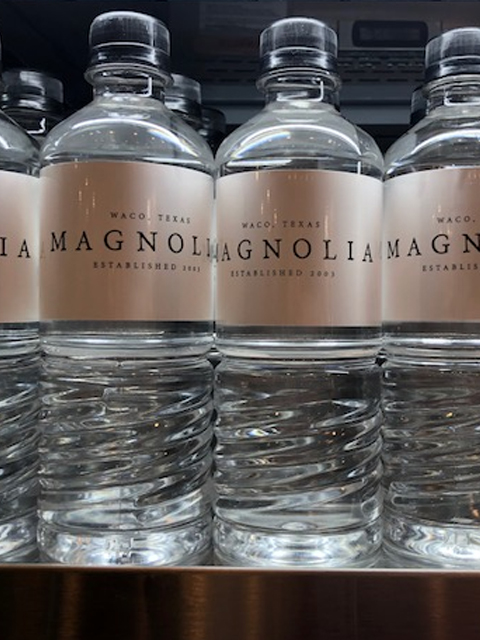 I asked some of the employees where to go next and they said Table then the Silos. 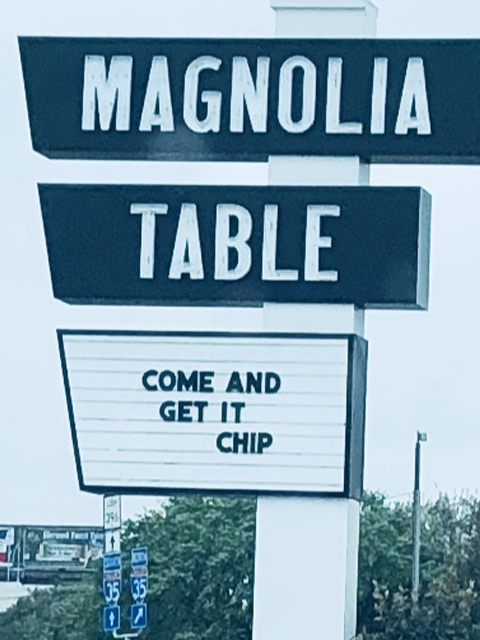 Off we went. I had just watched the episode of Fixer Upper on the transformation of the old Elite Cafe to the new Magnolia Table. Now it was a different story. It was very crowded. John waited in the car, it was hard to find parking and it was a $10 fee to park if you could get in the parking lot.

I jumped out of the truck and off I went to check out Magnolia Table. It must have been around 1:00 by now and the Hostess at Table said they had stopped taking reservations because they stop serving at 3:00. However, he was very sweet and said go ahead in and check it out,  go to the restrooms and make yourself at home.

That I certainly did!! It was awesome! So bright, cheery and so black and white. People were sitting at farm tables chatting, eating and having a good time just like Chip and Joanna planned. I loved how they kept the old Elite Coffee shop sign behind the counter since it was there since 1919. Since we could not stay there for lunch they did have a “Take Away” shop. It was as adorable as everything else. They had their own Pecan Coffee which was delicious and several other unique items. 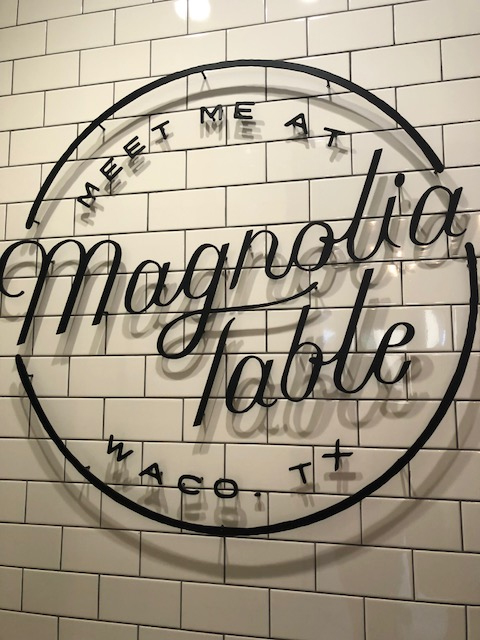 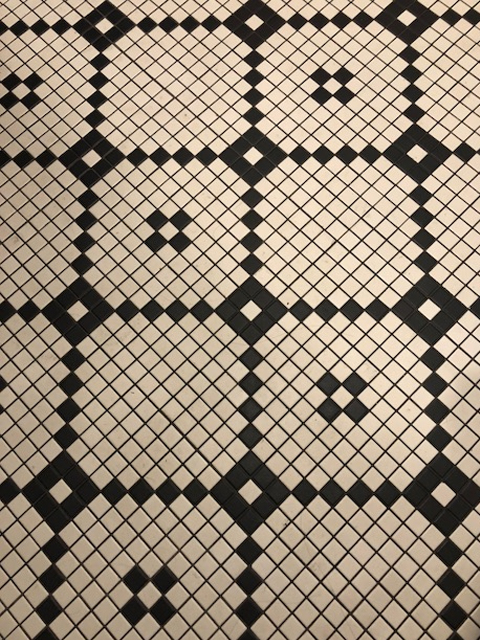 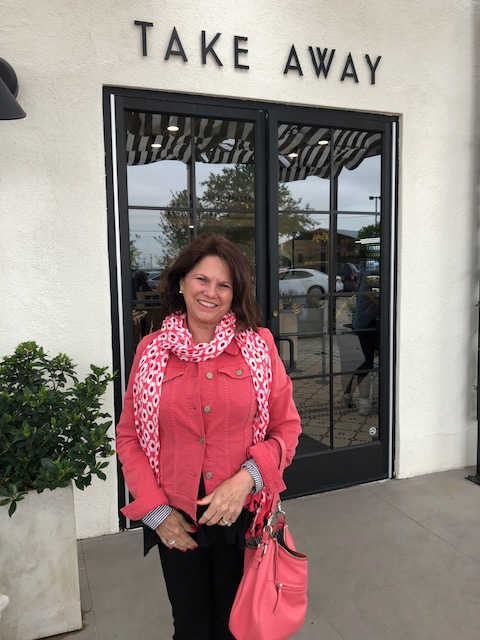 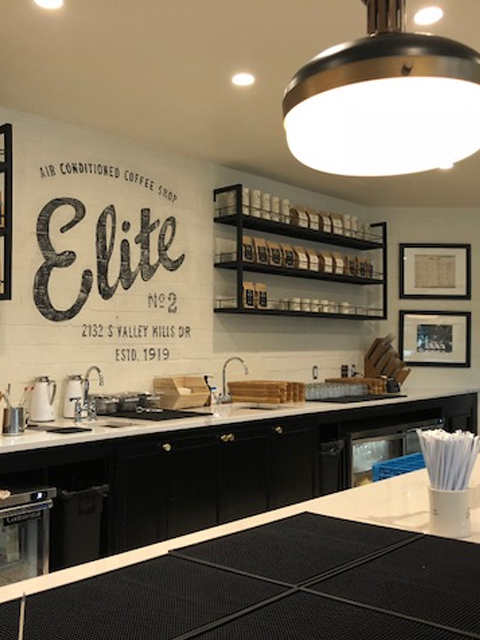 John was still waiting in the truck, so I thought I better move along and get to the Silos and Magnolia Market.

Now again being a Saturday it was very crowded. There was a long line of people waiting outside of the Silos so I asked if this was the line to get in. A lady told me no, the line was for a book signing with Chrissy Metz. For those of you who don’t know her she is one of the stars from the hit TV show “This Is Us”. Her new book is out called “This Is Me”.
Well, it just so happened to be very cold that day, the line was very long and John was still waiting in the truck. I guess I was not going to get Chrissy’s book and have her sign it. Instead, I went into the Magnolia Market. Oh Wow, I thought I walked into heaven! So fun, so many people, so many flowers and books. I walked through all the different departments and tried to decide what I had to have. They did have free shipping but the line was very long in that department also. I picked up a few little things to purchase and went to the checkout line which was also very long. Talking to a sweet young girl in line with me she said ” Oh look, that’s Joanna’s Mother”. A beautiful petite Korean lady was there helping all of the customers in line to get to the next register in an efficient timely  manner. I made my purchase and ventured outside to check out the grounds. 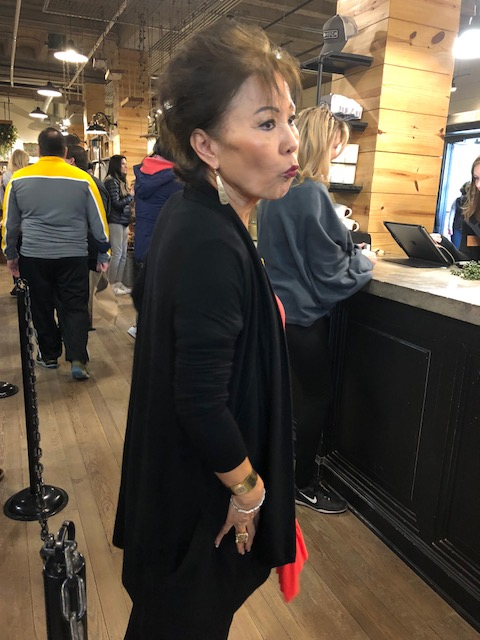 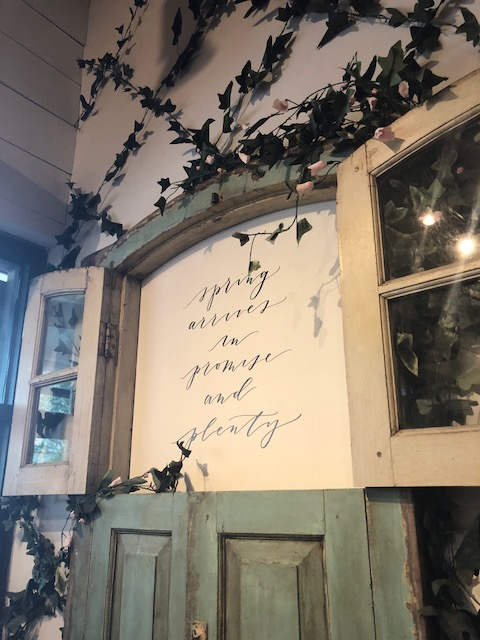 I must say that I was surprised that there is nothing in the Silos, I asked one of the workers and she said ” Just hay and a few stray cats” The grounds were beautiful with flowers and picnic tables. The little Magnolia Seed Supply store was so cute with seeds and gardening items. Even though it was a cold day and no sunshine the garden was in bloom with award winning roses. 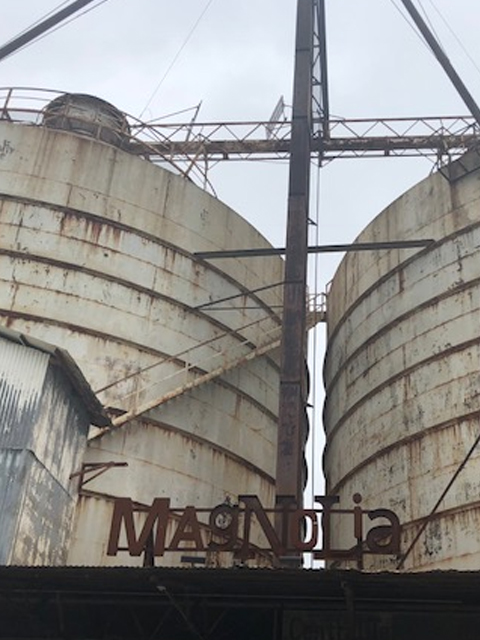 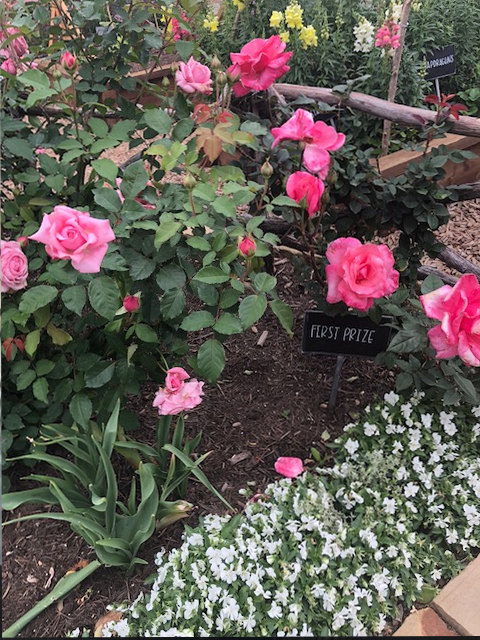 Outside of the Silos was an old green truck. I think I had just about covered all of the grounds. I could have stayed all day but when I saw that old green truck it reminded me, Oh no, John was still waiting in our truck!! So off I went to move on to the next part of our trip in Austin. 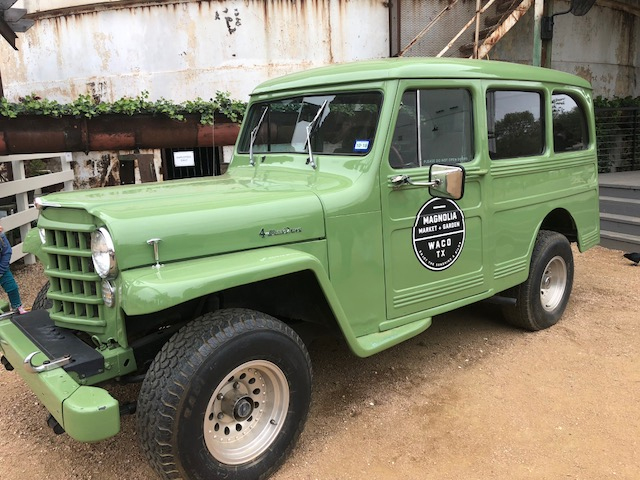 All in all, it was a wonderful Magnolia Experience!!